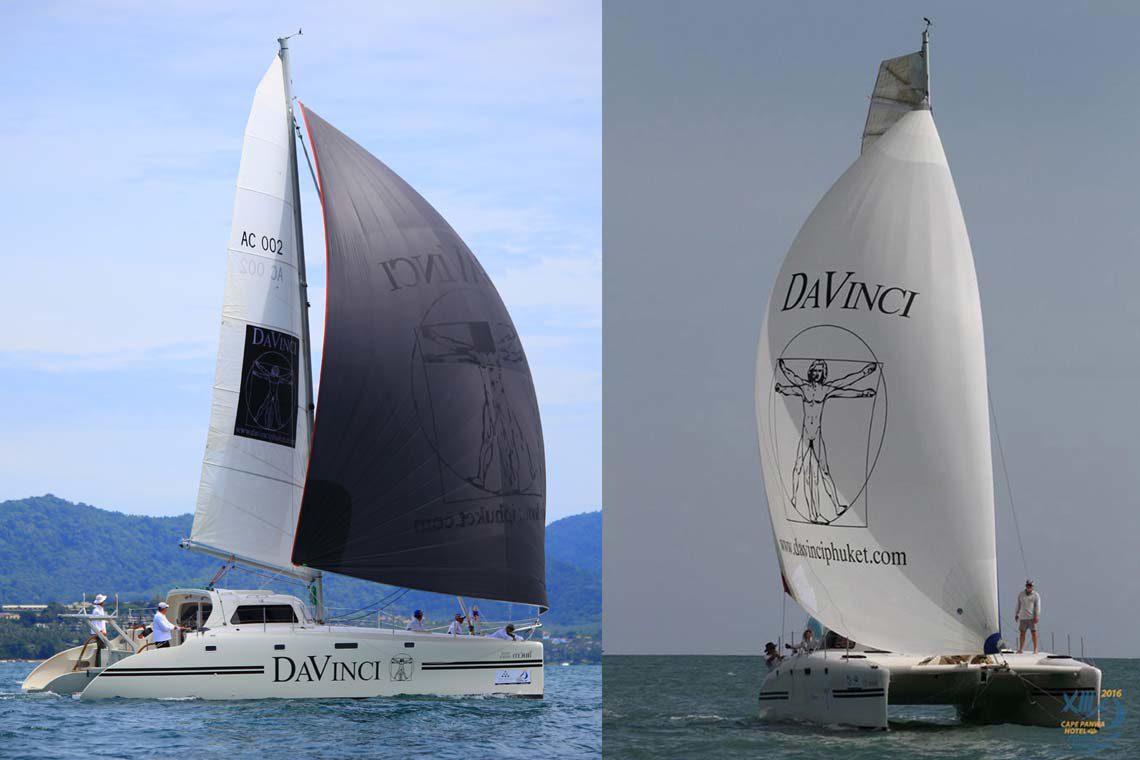 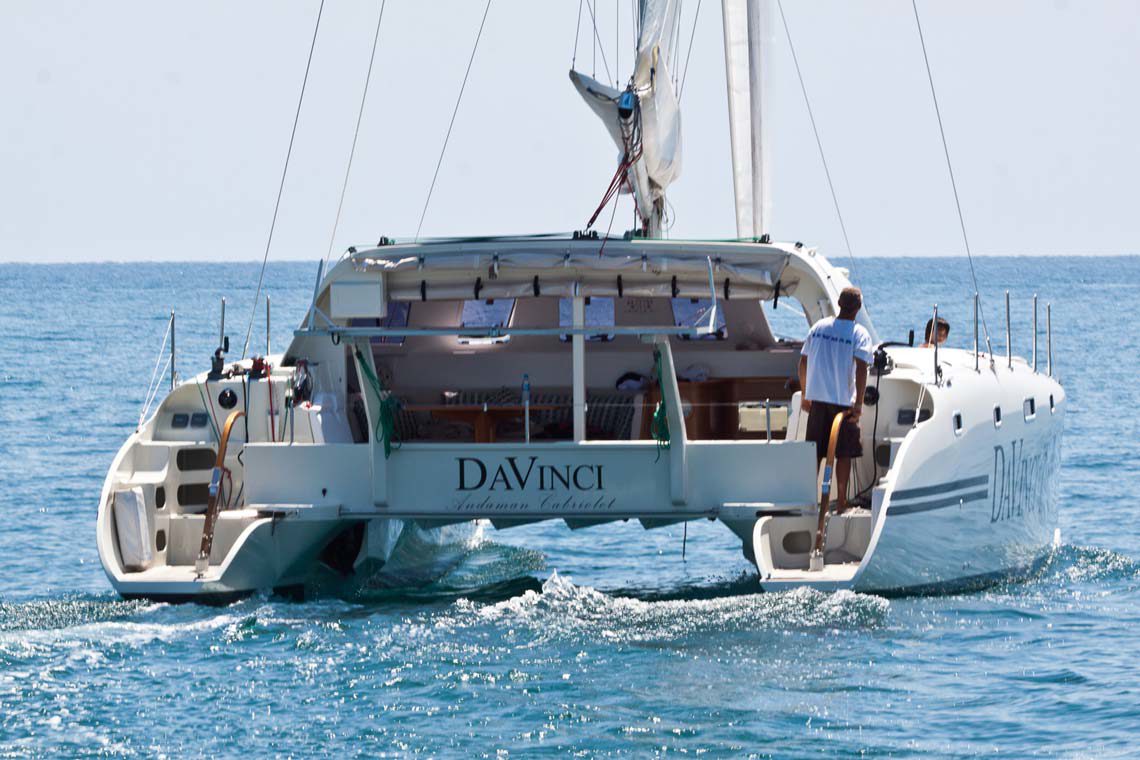 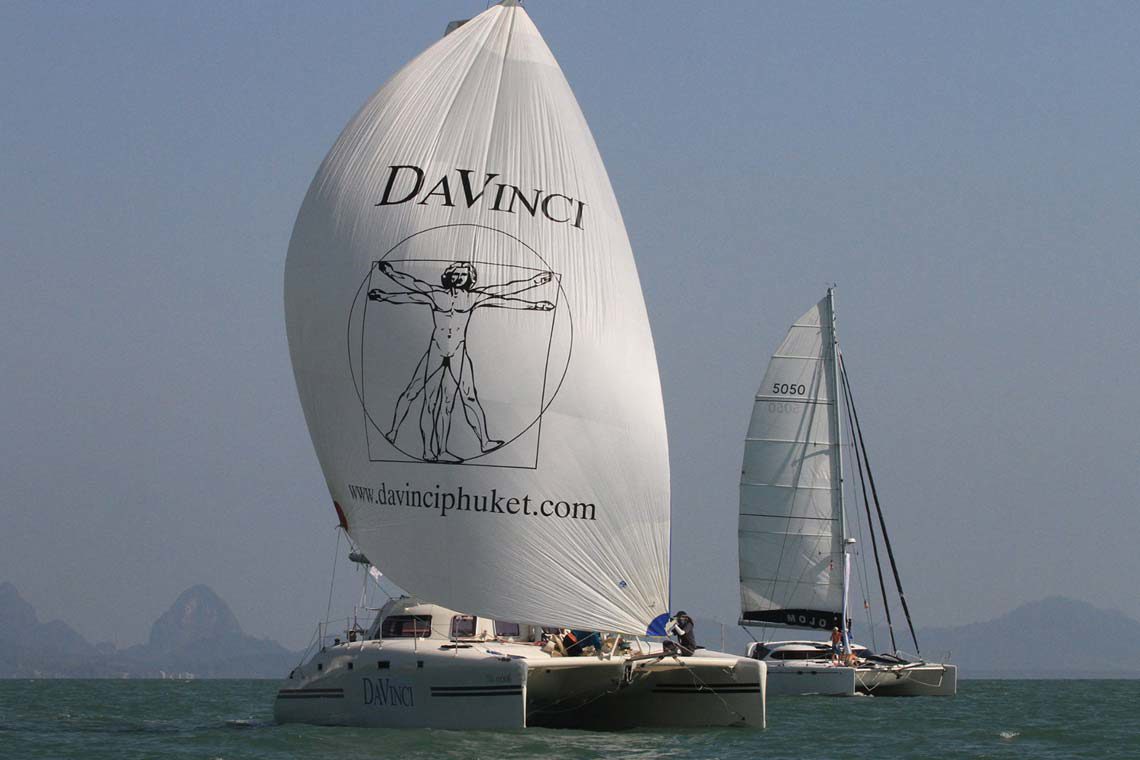 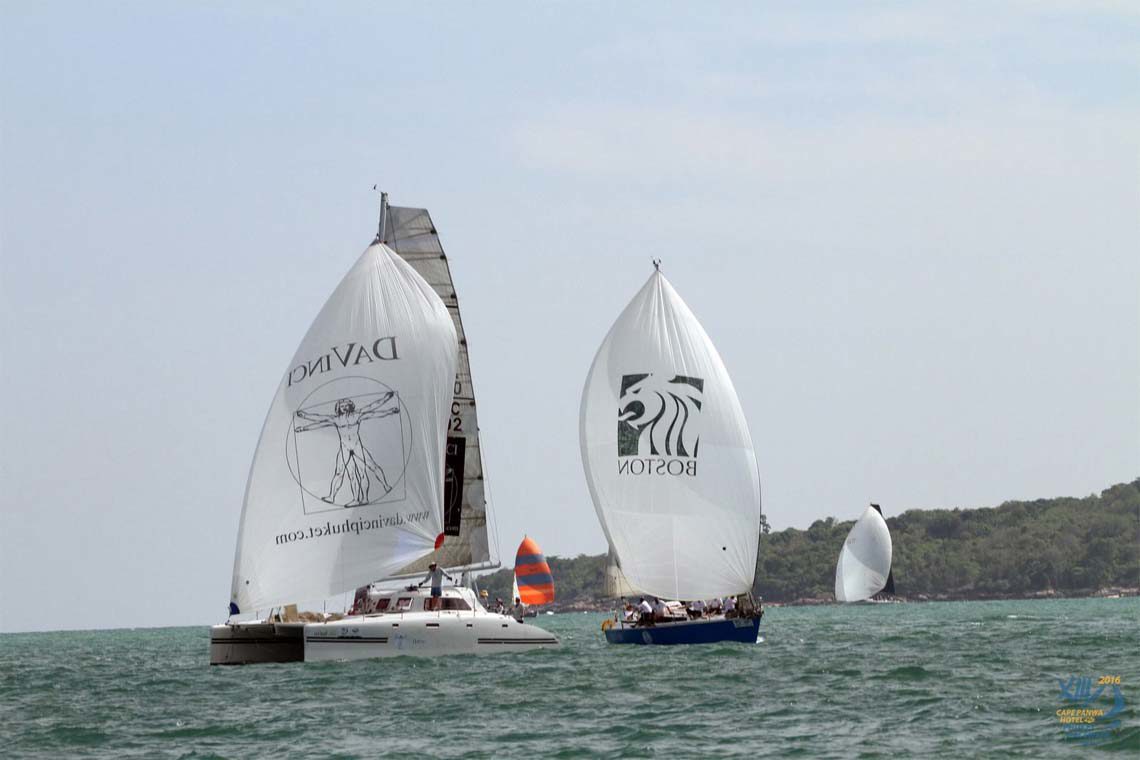 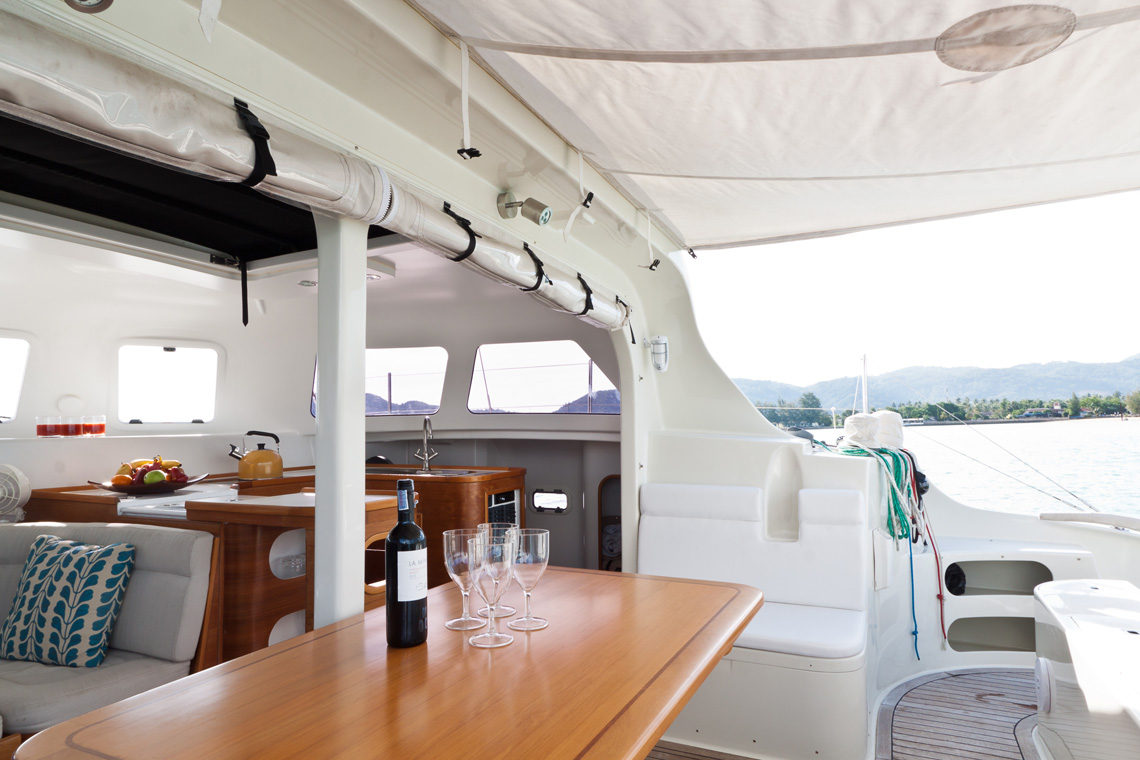 We are available 7 days a week GMT +7

If you are interested in chartering this yacht please do not hesitate to email us directly with any questions or specific requirements you may have.

Da Vinci Racing Catamaran is a composite built and designed and built by Composite Catamarans, the forerunner of the highly successful Asia Catamarans, Phuket’s premier fast catamaran yacht designers. Designed to be a light fast cruising yacht she proved highly successful as an OMR racing catamaran winning her last 11 races before moving to the holiday charter market.

As Da Vinci Racing Catamaran now qualifies for both OMR and cruising class divisions, Sailescapes Da Vinci Charters have brought her back into the race market where we expect she will continue where she left off two years ago. With the growth of pure racing catamarans there has been a similar growth in regatta racing for this type of yacht, the cruising catamaran division, in the last two regattas she has entered since the advent of the cruising catamarans divisions in Phuket Regatta she has won one and came second in the other.

Easy to sail with a small crew of 4 or more she can also sleep 6 meaning you can race her then save money on Hotels by staying on board.

Da Vinci Racing Catamaran has a comfortable interior allows you to live aboard whilst competing in all local regattas including the Kings Cup, Raja Muda, Langkawi, Neptune, Cape Panwa Hotel Phuket Race Week and the Bay regatta. Charter this yacht and you will be almost guaranteed to be competing for honours.

If you are new to regatta racing and feel the need for assistance for the racing Sailescapes can arrange an experienced catamaran racer to be on-board with you to either helm the yacht or offer advice as to how to get the best out of this special yacht.